Mainstream camera companies are pushing entry-level DSLRs "average consumer" as the answer to the mediocre image quality they get with the tiny sensors in their compacts. There's no doubt that these T1is, D5000s, etc. have great image quality, but are they really what these average consumers need?

Let me clarify what I mean by "average consumer". I'm not talking about enthusiasts who want a first DSLR. I'm talking about people, many with families, who want to capture their lives without becoming photographers. Sure, all DSLRs have "green modes" with auto-everything, but they're still essentially scaled back and less-good SLRs. These are great as entry points into vast systems or backups (or travel cameras) for those with higher-end cameras. My first DSLR was a Canon Rebel XTi, and it worked very well for what it was supposed to do.

The problem is that entry-level DSLRs are not necessarily the best tool for the aforementioned soccer-moms and hockey-dads. Let's start with the method of use itself. Many of these users are accustomed to shooting at arms length on their compacts. Optical viewfinders feel uncomfortable to them, and the ones in most entry-level DSLRs are extremely small. Lately, we've seen compact camera features like live-view in SLRs like the T1i and D5000, but these are tacked on and not particularly useful. Autofocus during live-view is either nonexistant or extremely slow, rendering the mode nearly useless for users who don't want to manually focus. Another SLR holdover is a preset number of focusing points. These users will rarely select focus points themselves, so why limit them to 7 or 9 points? Why not have a large-sensor version of AiAF that can analyse the whole scene and figure out what to focus on?

Clearly, some daring new ideas were needed. We're more likely to see daring designs from underdogs who have less to lose (and more to gain) by taking risks. Enter Panasonic and Olympus with Micro Four-Thirds. First out of the gate is the Panasonic Lumix DMC-G1

. Now these consumer users can take pictures the way they're used to. A big screen, quick live-view focusing, a non-annoying AF-assist lamp, but with the same image quality as any entry-level DSLR. For up-to-the-eye shooting, the EVF is larger than the competing optical viewfinders. It even has overlays (rather than blinking focus points and symbols at the bottom) just like the rear LCD. The camera is even more compact than the competition and has the same kit lens choices (28-90 and 90-400 equivalents, both stabilized). Panasonic has finally succeeded where bridge point-and-shoots have failed repeatedly. Now we just need that 20/1.7 for indoor shots of the kids.

Of course I'm not the sort of user mentioned above and neither are most readers here, but the G1 also offers the full range of enthusiast features (RAW, configurability, P/S/A/M modes, etc.) as well. I'm still not sure if the DP2 is a keeper for me, but at the same price (a bit cheaper actually), the G1 is mighty tempting.

Here's a roundup of other DP2 resources to keep you busy until part 2:
No comments:

Today I received my Sigma DP2

. This is the first in a multi-part review of the camera. Today I'll be focusing mainly on the interface and some initial thoughts. Be sure to subscribe to my blog to get the latest updates.

The camera is sturdy feeling and completely creak-free. Unfortunately, the buttons on the rear are still labeled with black indentations on black buttons. There are white labels next to the buttons for playback mode. This is contrary to the pre-production photos Sigma released which showed white labels for shooting mode and blue labels for playback mode. Honestly, this isn't a big deal, but it's a first sign of sloppy design from Sigma. 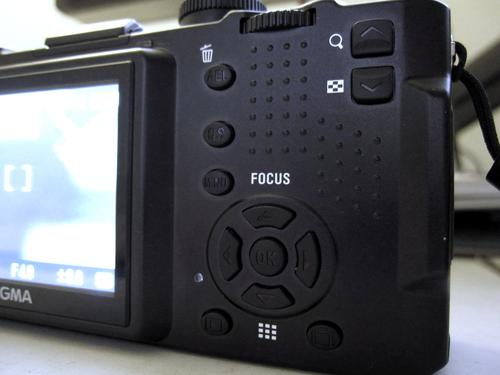 The shutter feel is nice, but the rest of the buttons have a slightly cheap feel to them. They're a bit too springy and don't have the quality haptics of a Canon compact, for example. I guess this is common with compact cameras, but I expected a little better. The manual focus dial has just the right firmness and does not have the problem others have reported about the DP1 where the dial is easy to knock out of place.

The grip is pretty comfortable, although the camera's weight is mostly in the lens, so it will tend to lean a bit to the left. It isn't particularly front-heavy though. Ideally, Sigma would have made the battery larger (we'll see why later) and made the grip part a bit thicker. This wouldn't really add much bulk to the camera since the lens protrudes quite a ways. 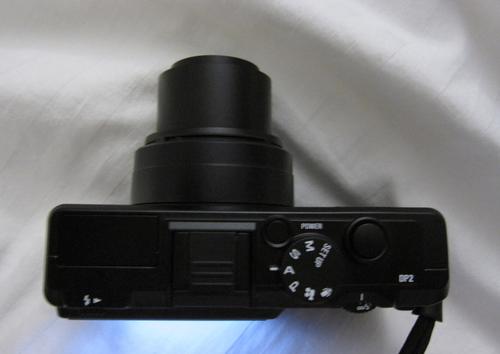 The lens extends quite a bit when powered on.

The new QuickSet button is a smart way to get access to all the important shooting options quickly. You hit the corresponding arrow key to cycle through the options for each setting.

Hit the button once and you get the following settings (QS1):

Hit it again for QS2:

It's nice of Sigma to protect us from poor JPEGs by not allowing us to use in-camera JPEG processing for ISOs 1600 and 3200. These are still created and embedded into the RAW files, but they are not usable. The results from SPP are far better. The fact that you can't shoot B&W or Sepia with RAW files is puzzling. The RAW files do include full-sized embedded JPEG previews, which is nice when browsing images with something like FastStone Image Viewer, which supports X3F files.

While custom WB mode can be selected through QuickSet, you must go through the main menu system to set the custom value. I would have appreciated a quicker way to set white-balance similar to the method used with the SD880 (one press of the print/share button), but it's not as big of a deal since most DP2 users will be shooting RAW.

There are a lot of other nice touches to the interface. The menu can be used in two ways. Closed mode is similar to most other cameras out there: You simply scroll through a list of settings and hit OK to expand and change that setting. Once you've opened up a setting, you switch to expanded mode instead of going to a seperate screen. In expanded mode, you use the 4 main directional keys to select the value and then hit OK to save it. The "zoom" up and down keys on the upper right of the camera back are used to scroll through the different settings. Hitting the display button (lower-right) gets you back to closed mode, which is quicker for scrolling through the list. This took me a little getting used to, but is quite nice. 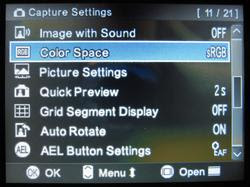 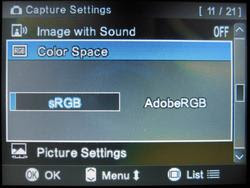 The menu in shooting mode contains less-used setup-related options like button bindings, bracketing order, auto-rotate, etc. These should really be in a sub-menu, but the cluttered menu is mitigated by the fact that all the important settings are available from the QuickSet system detailed above.

Speaking of setup-options. The DP2 is very configurable. You can set the function of the "zoom" buttons and the L and R arrow keys in each shooting mode (P, S, A, M). By default, the L and R arrows control exposure compensation while the zoom buttons control the main function of the mode you're in (program shift, shutter speed, or aperture). In manual mode, where there is no exposure compensation, the zoom keys control shutter speed while the arrows control aperture. The fact that this is configurable will useful to DSLR users, since competing brands have different ways of handling these controls. Canon SLRs are set up similarly to the DP2 defaults, with the arrow keys being analogous to the round quick-control dial on the SLRs.

You can also control the behavior of the AEL (auto exposure lock) button. By default it just does AEL, but I have it set to Center AF Lock. This can come in handy if you want to take several shots without refocusing. You can also set the button to do both AEL and AFL. You can also pick whether or not you want a half-press of the shutter to perform AE Lock.

Playback mode is also nicely configurable. There is an option to show overexposure warnings, and you can set the OK button to a shortcut. The button can be set to locking/unlocking, marking/unmarking, toggling the exposure warning, or rotating left or right. You can enter playback mode without extending the lens by simply holding the play button for a couple seconds. The camera does have an orientation sensor, which works nicely. Unfortunately you don't get to choose to assign the orientation to files only or to also show portrait-oriented shots sideways. Canon SLRs allow you to do this, which lets you fill the screen with portrait-oriented shots without ending up with unrotated images on your computer. It's a lot easier to turn a camera than it is to turn your monitor. Even most point-and-shoot cameras now make use of the orientation sensor in playback mode to show you the image properly no matter how you're holding the camera. The DP2 lacks this simple feature as well. The most onerous UI mistake on Sigma's part involves zooming in playback mode. A picture is worth a thousand words, so here are a couple thousand words to explain the issue: 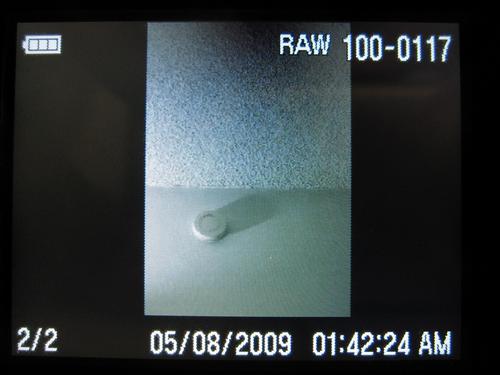 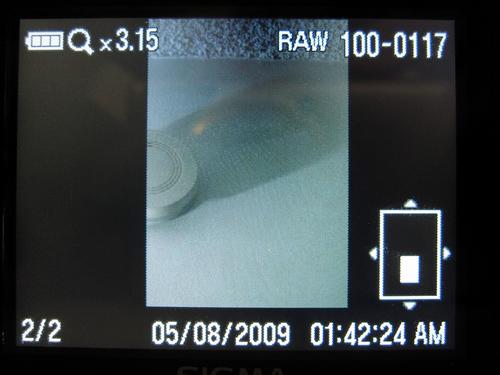 WHAT THE HELL!?! Why would you not use the rest of the screen? Someone at Sigma needs to get fired. This is fixable in firmware, but it's such a stupid issue that it just amazes me. Another thing you may have noticed about these images is that the LCD is quite ugly. It's decently visible outdoors, but the image quality and colors are poor in any light.

All-in-all, the controls are good for a compact, but they still mostly require looking at a screen and a bit of waiting. The DP2 doesn't have the immediacy of dedicated dials like an R-D1 or the lighting fast menu responses of the leading compacts. This camera makes you take your time, which isn't necessarily a bad thing, but is something you should be aware of.

These are just some random bullet points. Much more detail to come in the next parts of this review.

Here are a few very quickly processed (with Sigma Photo Pro) sample shots. They're mostly devoid of photographic merit, but I was really just playing with the settings. Click for full-size versions with EXIF intact. 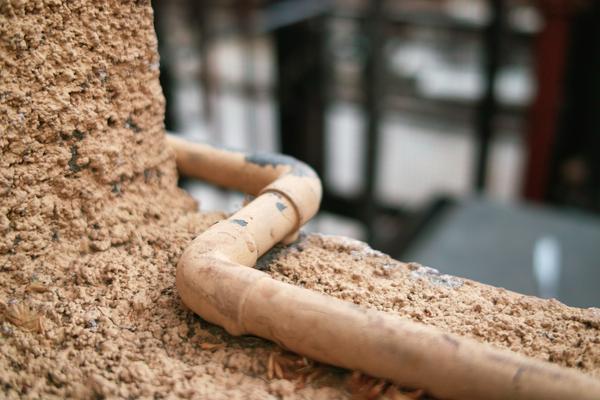 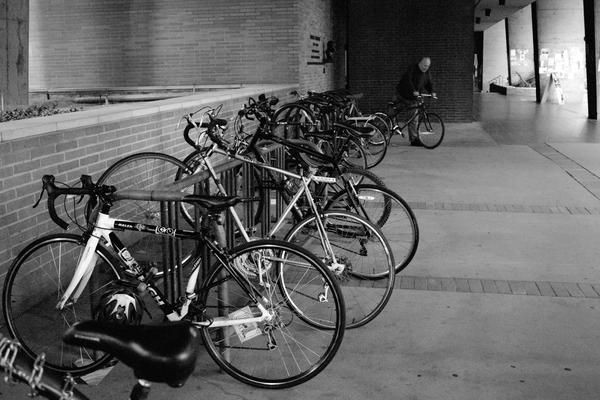 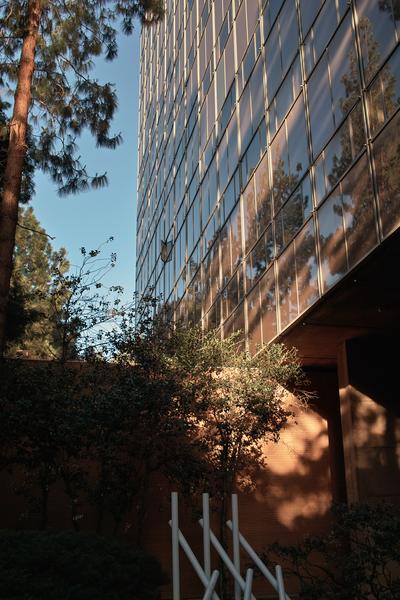