Ever heard the old saying, "the best camera is the one you carry with you"? Recently, I went on a trip to Australia with two great Canons: the much-discussed EOS 5D Mark II

, and the often-overlooked PowerShot SD880IS

. Many dismiss the jpeg-only, point-and-shoot, compact, volume-selling SD series as less-than-serious tools for photography. They lack the manual controls and build of certain Ricohs, the RAW capture of Canon's own G10, and the big sensors of the Sigma DP2. What the SD series cameras do have, is TRUE pocketability. I've seen forum posters saying they can fit an E-P1 with 17mm pancake lens in their pants pocket. I don't know what kind of MC Hammer pants these people wear, but that sounds silly. The portability advantages of the more serious 'compact' cameras over a semi-pro DSLR are certainly there, but they still can't be easily slipped into a small pocket. 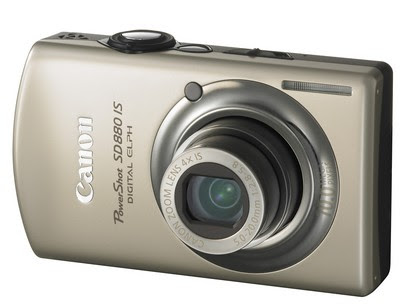 Aperture and shutter priority modes are somewhat useless in cameras with sensors this small. Av mode is typically used to control depth-of-field, but you get almost limitless DoF at all but the closest focusing distances. The lenses on cameras this small don't even have true bladed adjustable apertures like those we see in larger format lenses. As for shutter speed control, the camera does have an "action" mode if you want to keep shutter speeds up, and it only uses smaller apertures if the shutter speed at the larger aperture will already be extremely fast. You can also manually set the ISO higher if you think the camera is giving you too-slow shutter speeds to capture action. There is, of course, easy to access exposure compensation, which is enough for the majority of photographic tasks.

The main feature that sets the SD880 apart from its siblings is the 28mm equivalent field-of-view on the wide end of its zoom range. Most SD-series Canons only go as wide as ~35mm.

Here are some examples of what the SD880 can do with a little help from Lightroom: Let's compare this last photo to a similar shot taken with the 5DmkII: Forget for a moment that the SD880 shot is tilted, a crop, and not particularly well composed. I've increased the contrast and saturation of the 5D Mark II shot a bit to bring it closer to the SD880 one. There are still significant differences in post-processing. At 100% view, the difference isn't too huge. Sure the SLR technically has massive image quality advantages, but the SD880s size and cost are both about 1/14th those of the 5DmkII + 35L. 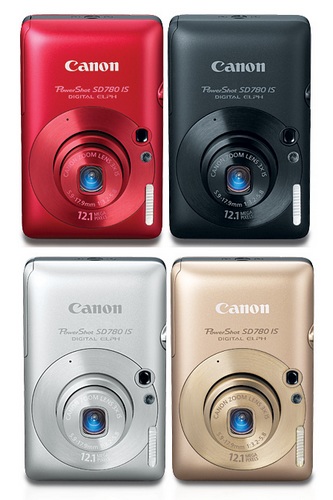 Unfortunately, the SD880 seems to be discontinued and the only people left selling it are asking very high prices. This brings me to two 720p HD-shooting alternatives, the slim SD780

. At 18.4mm, the SD780 is the thinnest of the PowerShots. The tradeoff for the slim body is a somewhat slower lens on the wide end (f3.2-f5.8 compared to the SD880's f2.8-f5.8). The SD960 is currently the only other SDxxx camera to feature a wide 28mm equivalent field of view. If you're used to the common SD-series interface, be aware that the SD960 is not the same. There are less buttons, and the menus are structured differently, but the overall usability is still very very good. 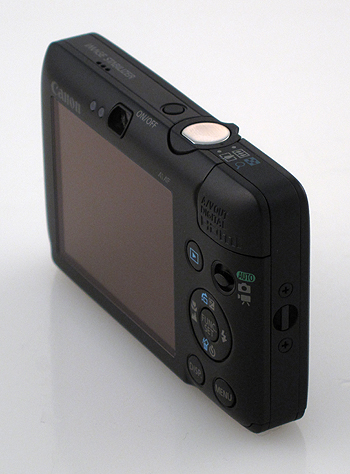